Democrat Merrill Gay opened his campaign for Mayor on Sunday, April 23rd, to an overflow crowd at the Pride of Connecticut Elks Hall in downtown New Britain. 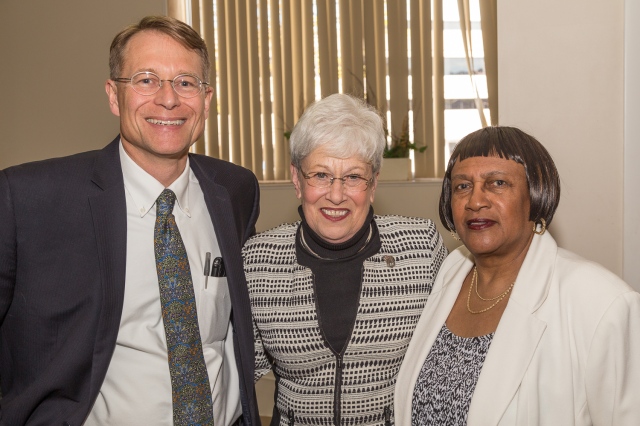 The city’s Democratic legislative delegation — State Senator Terry Gerratana, State Reps, Rick Lopes, Bobby Sanchez and Peter Tercyak — hosted the reception for the Merrill for Mayor Committee with Democratic Town Chair Bill Shortell and Vice Chair and Ward 3 Alderwoman Shirley Black giving a strong indication that Democrats are coalescing around Gay for the July endorsement when candidates for all municipal offices will be selected.

Gay, a Board of Education member elected to a second term in 2015, is a longtime advocate for children and the parent of two children who attended city schools. He is the executive director of the Connecticut Early Childhood Alliance and formerly led the Coalition for New Britain’s Children.  A graduate of Clark University in Worcester in government studies, Gay went on to earn a master’s degree in community economic development from New Hampshire College, now known as the University of Southern New Hampshire.

Merrill Gay with members of his family. (F. Gerratana photo)

“We need to expand our grand list by filling the empty storefronts and create new jobs to put our residents back to work,” said Gay in sharing his priorities. “We need to strengthen our schools, starting with youngest all the way through to the expansion of innovative academies at the high school. We need to make sure our seniors are taken care of by making sure they receive property tax relief. We need to protect our city assets and natural resources.”

A nominations committee of the Democratic Town Committee has started screening candidates for all city offices.  Up for election this year will be Mayor, Town and City Clerk, Tax Collector, Treasurer, five at large Common Councillors, 10 ward Common Councillors, three Board of Education members, two for Board of Assessment Appeal.  Democrats interested in running may submit their candidate information form  online or via the mail. 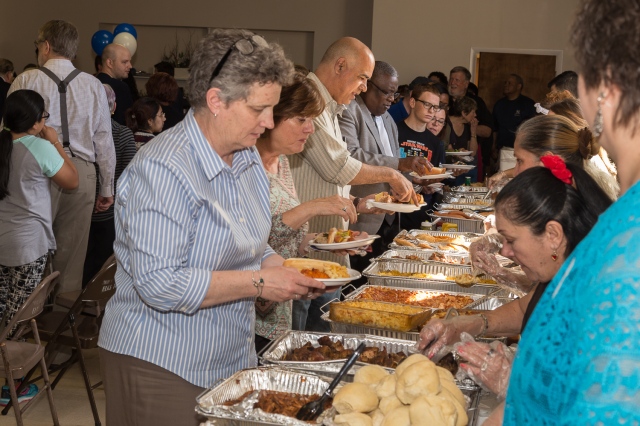 The Merrill for Mayor reception was a “Taste of New Britain” with ethnic foods from Democratic kitchens. State Senator Beth Bye (D-West Hartford) is in the foreground. 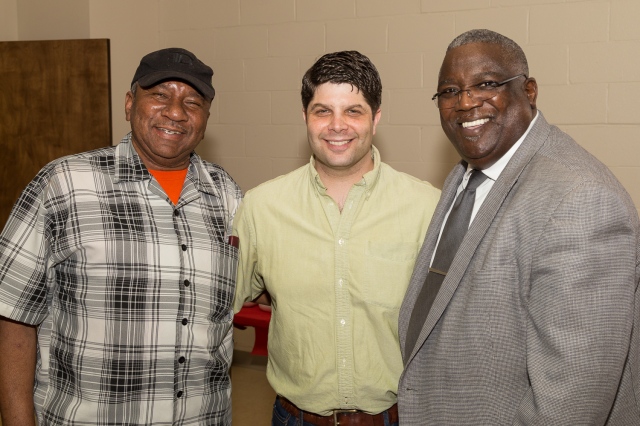 NB Politicus is a weblog featuring news and commentary on politics, government and community life in New Britain, CT. John McNamara - Editor and Writer
View all posts by nbpoliticus →
This entry was posted in Announcements, Endorsements, Meeting/Event. Bookmark the permalink.