As the Trump Administration and GOP prepare to launch an attack on affordable health care  Our Revolution — the organization inspired by the 2016 campaign of VT Senator Bernie Sanders is organizing demonstrations around the country to defend the ACA and health care access, including New Britain. 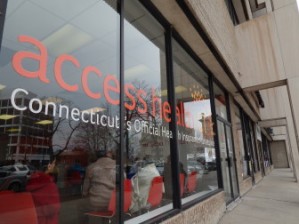 A  candle light vigil and rally in defense of affordable health insurance will be held at New Britain Central Park (adjacent to CT Access Health) on Saturday, February 25th, from 5:45 to 6:30 p.m.

The rally, organized by Our Revolution’s  Central CT chapter, comes in defense of  the Affordable Care Act (ACA), Medicare, Medicaid, Social Security, and Huskycare. Participants will gather in front of CT Access Health at Central Park at 5:45pm and the vigil/rally will go from 6-6:30pm. Organizers, who include DTC Member Bobby Berriault, ask that participants bring their own candles and signs. Street parking is free on weekends. For RSVPing and more information: https://go.ourrevolution.com/page/event/detail/gplv4l

Campaigning, running for office and civic engagement will be the topics at a Freedom Academy program to be held on Saturday, February 25th, from noon to 3 p.m. at the Spottswood AME Zion Church, 25 Crestwood Lane.

Political organizer and Strategist Michael T. Bland, formerly a campaign organizer for Cong. Elizabeth Esty and the Obama campaign, will be the featured speaker.

At City Hall This Week: Common Council and Board of Finance Meetings

The seven-member board holds budget hearing meetings into March and will recommend  a budget to the Mayor’s office for consideration by the Common Council which must adopt a budget by June for the fiscal year that begins July 1.

The Common Council will meet on Wednesday, 2/22, beginning with public participation at 7 p.m.

President Trump promised to replace the Affordable Care Act with something that is better, is cheaper and covers more people. Scratch that. Republican leaders in the House and Mr. Trump’s secretary of health and human services released a plan last week that would provide insurance that is far inferior, shift more medical costs onto families and cover far fewer people.