The Republicans believe the wagon train will not make it to the frontier unless some of our old, some of our young, and some of our weak are left behind by the side of the trail. We Democrats believe that we can make it all the way with the whole family intact.

Members of Connecticut’s Congressional delegation including Senators Chris Murphy, Richard Blumenthal and US Reps Elizabeth Esty and Rosa DeLauro are expected at a “First Stand” Day of Action for affordable health care

Hartford is one of hundreds of events launched by U.S. Senator Bernie Sanders and his colleagues.  It will be held outside the State Capitol in Hartford from 1 to 3 p.m. as part of the growing resistance to the agenda of the incoming Trump Administration and Republican Congress.

In the call for a Hartford First Stand Day of Action in Hartford organizers stated: “At a time when the United States remains the only major country on earth not to guarantee health care to all as a right, the Republicans want to throw nearly 30 million people off of health insurance, make massive cuts to Medicaid and defund Planned Parenthood. At the same time, in the midst of a grotesque and growing level of income and wealth inequality, they want obscene tax breaks for the top one-tenth of 1 percent. Tell Republicans loudly and clearly: You are not going to get away with it.

In solidarity with hundreds of thousands of participants in Washington, D.C., Hartford local organizers will hold their  own Women’s March on the North steps of the Capitol Building in Hartford for a rally Sunday January 21st from 1 to 3 p.m. providing a local option for those who cannot travel to D.C. that day. 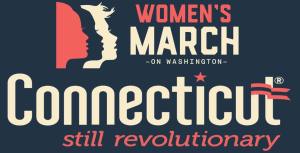 “Like many cities and states around the world,” organizers say, “we will join in calling for honoring EVERY voice that upholds dignity, justice, unity, and equality for all. If you are interested, please learn more about the values we are trying to express at https://www.womensmarch.com/mission/.

In addition to the D.C. march major rallies are being held in Boston, New York City, Stamford and in hundreds of communities around the nation and the world. Below is a link to the movement opposing the Trump and GOP agenda against women’s rights and human rights.  https://www.womensmarch.com/sisters

And don’t forget….All politics is local…..

The first meeting of the year will include discussion of the city’s current water crisis and legislation to protect watershed against corporate takeovers and amendments to the DTC’s rules.

Members will hear reports from elected officials and committees, including planning for candidate recruitment for the municipal election.  The DTC will endorse a slate of candidates in July for all city offices including Mayor, Town and City Clerk, Tax Collector, Treasurer, At Large Common Council (5), District (Ward) Council (10), Board of  Education (3), Board of Assessment Appeals (2) and Constable (4).

All Democrats and interested persons are welcome to attend.