The DTC, composed of Democrats from the city’s 15 voting districts, will elect a new Chairperson and a slate of officers to lead Democrats for the next two years.

The organizational meeting will be followed by a meeting to be held between March 22nd and March 29 to endorse delegates to conventions to be held in May for choosing candidates for U.S. Senator, Congress and legislative seats.   New Britain Democrats will send 34 delegates to the state convention (U.S. Senate), 5th District Congressional convention and the 6th State Senate Convention.   Delegations for the 22nd and 24th state House Districts will also be selected.  In May the Town Committee will meet to endorse state House candidates for the 25th and 26th districts, Judge of Probate and Registrar of Voters.  All Democrats are welcome to the organizational meeting.

A resolution opposing a Republican draft plan to close polling places  and a possible city charter change to eliminate neighborhood (ward) city councillors was unanimously approved by the Democratic Town Committee on February 18th at the Pulaski Democratic Club. 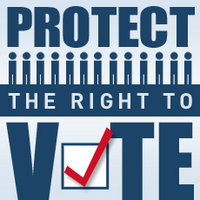 The resolution is in response to a City Council resolution authorizing a feasibility study on polling place closures to lower election expenses and the creation of a charter commission that will consider changing the current at large and council district system.

The DTC resolution states that “changes to polling locations and voting district boundaries should be based on population changes every 10 years and not done for political expedience”  and “negligible” savings. Democrats assert that “the closing of polling places in neighborhoods with high concentrations of  African-American, Hispanic and elderly people will make it harder for those residents to exercise their franchise.”

A “Save the Vote!” rally on the polling place and charter issue  will be held on Wednesday March 9, 2016 from 5:30-6:30pm in front of New Britain City Hall at 27 West Main Street ahead of the March 9th Common Council meeting.

Democratic Town Chair John McNamara has informed town committee members he will not be back for a new two-year term after serving 11 terms as the party leader.

“It has been my good fortune to lead the Town Committee.  I am indebted to the membership – present and past – for giving me the opportunity to serve over what turned out to be 11 terms,” wrote McNamara in a letter to the membership.  “Our recent meetings have generated positive activity and ideas to strengthen the Town Committee and to better serve the interests of all the city’s residents. The new term is an opportunity to act on those ideas and engage even more of our neighbors in the issues we care about – a fairer tax system, improving the schools, creating jobs with living wages and ensuring that municipal government is accountable to the city’s diverse residents.

“Threats that will diminish New Britain as “a city for all people” are right in front of us,” McNamara said in support of the resolution against eliminating polling places and changes to the make up of the Common Council. “City Hall, through a “feasibility” study, threatens accessible polling places in November under the pretext of cutting expenses and a de facto policy of restricting voter rights.”

McNamara, who will continue as a DTC member from Voting District 8, “looks forward to working with new leadership, fellow members and friends to ensure our candidates are successful and that we maximize citizen participation in this presidential year.” 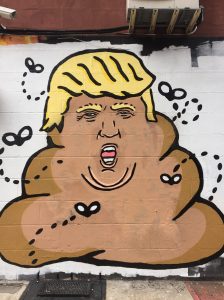 NB Politicus is a weblog featuring news and commentary on politics, government and community life in New Britain, CT. John McNamara - Editor and Writer
View all posts by nbpoliticus →
This entry was posted in Endorsements, McNamara, Meeting/Event, Rock The Vote and tagged Democrats, New Britain, Voting Rights. Bookmark the permalink.