July 19-20: Weekend Of Action For Malloy-Wyman and the Row B Slate

Voter  outreach on behalf of Malloy-Wyman and Row B will ramp up this weekend for New Britain Democrats from 12 noon to 5 p.m. on both Saturday, July 19th and Sunday July 20th.

All Democrats and interested persons are welcome to visit Democratic headquarters at 19 Bassett Street for candidate and issues information.  Lt. Governor Nancy Wyman is scheduled to visit New Britain headquarters at noon on Sunday.

In New Britain, there are six ways to join the Democratic Town Committee, volunteer and  promote turnout for the November election: 1. Make phone calls 2. Register unregistered voters; re-register inactive voters before the October deadline 3. Canvas, distribute literature in your neighborhood 4.  Sign up for lawn signs and visibility 5.  Host a Meet the candidate house party with your state representative  with your neighbors and friends 6. Volunteer at headquarters

The Connecticut Citizen Action Group will hold its 7th annual BBQ & A Pool Party on Saturday, July 19th, from 3 to 6 pm at the Unionville  home of Ned Statchen  and Liz Fitzsimmons, 6 Bella Lane. New Britain food and support will be prominent on the menu  as Duste Dunn and organizers are promising Martin Rosol’s hot dogs, Urban Oaks Organic Farm sweet corn and Terry Gerratana’s baked beans

The suggested minimum donation for the BBQ is $35. Donations or gifts to CCAG are not tax-deductible.  To donate online or for more information visit CCAG’s Facebook page.

New Britain Democrats turned out at a July 17th reception in support of the re-election of State Treasurer Denise Nappier at the Cafe Beauregard.

Nappier, the first African-American woman elected to serve as a State Treasurer in the nation, was first elected in 1998 and is seeking a fifth term as the state’s chief elected financial officer.   Introduced by Ward 3 Ald. Shirley Black, Nappier shared recent accomplishments and work in the Treasurer’s office including a $3 billion gain in state health and pension assets, the success of the CHET college savings program and using the state’s power to promote socially responsible investing and diversity in corporate board rooms.

Treasurer Nappier’s Committee is participating in the Citizens’ Election Program and individuals may contribute up to $100 in qualifying donations.  More information is available at www.denisenappier2014.com 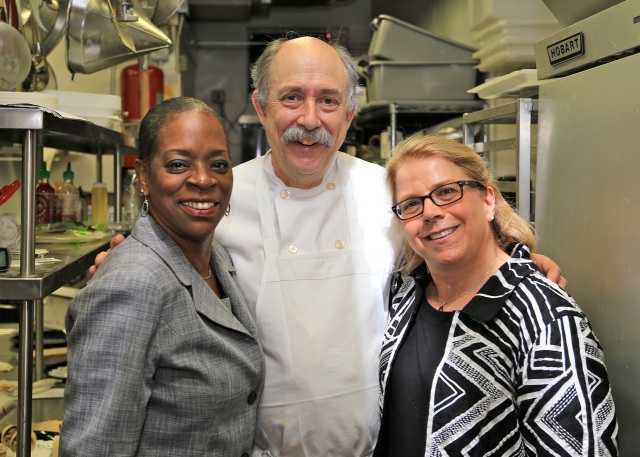 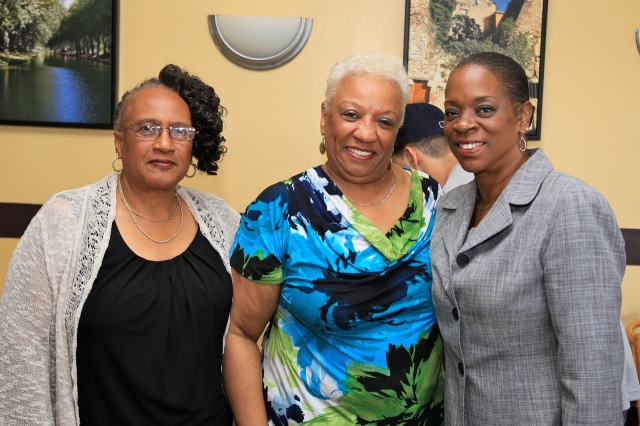 “Broadband is a more advanced technology than phone service, but in the 21st century it performs the same essential function. Consumers and businesses cannot live without this vital connection to each other and to the world around them. Accordingly, it would be appropriate for the FCC to reclassify broadband to reflect the vital role the Internet plays in carrying our most important information and our greatest ideas.”

All politics is local. Support NB Democrats. Make A Contribution