The City Council Budget hearing will be held on Monday, May 12,  at 6 p.m. at New Britain High School.

The 15-member Council is working on adopting a budget for the 2015 fiscal year by June 6th in response to the  Mayor’s proposed budget of $216,290,616 for the year that starts July 1. The proposal would decrease spending by 8.94%  (-$16.3 million) with yet to be defined cuts (excluding education). The Stewart plan would set  a 4.88 mill rate increase with no additional credits for households on fixed/low incomes. It would cut 28 jobs mostly through retirements and not filling positions and would reduce school funds by $4 million from the $123 million budgeted this year.

City officials will be able to count on more outside help thanks to the cash-strapped state budget delivering the cash-strapped city a boost in revenue. Governor Malloy and lawmakers, holding to the policy of not cutting local aid, boosted New Britain’s state grants  by 6 percent. State aid will rise by $5.4 million to $98,947,186 with most of the funds in Educational Cost Sharing money which increased by nearly $4 million.  The boost, however, will not begin to solve the city’s structural deficit that was largely built up between 2003 and 2011.

Education: Mayor Stewart seeks to cut education money by “correcting” the Minimum Budget Requirement (MBR) that she attributes to an error this year. The current budget book, however, shows $123.2 million in school funds (approximately 70% in state aid). Reducing the amount will jeopardize state aid for schools, including an increase of $4 million approved by the Governor and Legislature last week.  The new Stewart like the old Stewart wants to short the schools in a way that— if she succeeds — will jeopardize a big chunk in educational cost sharing state funds.  Keep in mind that the Mayor was on the Board of Education last year approving the same school budget she says is now too high because of a “clerical error.”  There was no substantive error. The O’Brien administration did increase local school funds — not by the $20 million heavily pushed  by the Supt/BOE in rallies and demonstrations –but by an amount showing education should have a higher priority in the city budget.

Savings and Consolidations: A “Blue Ribbon” Committee met last week to discuss ways the City and BOE could consolidate operations for savings. This group will try to come up with moves  to attain savings without sacrificing essential services nor, it is hoped, eliminating front-line jobs. With health insurance being a big cost driver, this group and city officials will be talking in circles unless they put the CT Health Care Partnership (pooling) on the table. Health Care Partnership options, whether they are implemented or not, would  give the city tremendous leverage in negotiating with insurance brokers.

Deficit May Be Worse Than Stewart Says: Inflated revenue estimates in the O’Brien administration’s budget have been jumped on by Stewart supporters as the main cause of $30 million  +  deficit. These claims ignore arithmetic and budget realities that show the main culprit: former Mayor Stewart’s eight years of kicking the can down the road and counting revenues that never materialized — a reality indirectly acknowledged by the new Stewart in her budget message.  The Council hastily authorized short-term borrowing by the administration to pay for current operating expenses before this fiscal year ends. That will create immediate debt obligations moving into the new fiscal year.

Hypocrisy: While a structural deficit is undisputed, the Mayor’s office appears to exempt itself from austerity. Within the last six months Stewart has (1) hired the Republican Town Chair at $45,000 as an aide with not much in the way of job responsibilities; (2) brought back the ethically challenged Ken Malinowski at $102,000 to handle federal community development funds and (3)  apparently hired  a high-powered Republican lobbying firm (Gaffney Bennett Associates) at $48,000 for as yet unannounced work.  After running on a platform of ending “cronyism” at City Hall Stewart is using scarce city money for good old-fashioned Republican payola.

The 2014 budget season will demonstrate once more that a system reliant on the property tax to pay for schools and local services — services  residents cannot do without — is unsustainable.  The Mayor’s plan to both increase taxes and cut services should be a rallying point for change at the local and state level to replace the property tax system as we know it.

Democrats will gather at Congressional and State conventions this week to endorse candidates for U.S. Representative and statewide offices.  Delegates from New Britain will participate in seven nominating conventions over the next 10 days.

On Wednesday, May 14th, Cong. Elizabeth Esty will be nominated for a second term at the Waterbury Career Academy High School, 175 Birch Street, Waterbury, at 6 p.m.

Nomination night for Governor Dannel Malloy and the state’s constitutional officers will be Friday, May 16th, at the Connecticut Convention Center, 100 Columbus Boulevard, Hartford.  Malloy and Lt. Governor Nancy Wyman are seeking a second term.  State Comptroller Kevin Lembo, Attorney General George Jepsen, Treasurer Denise Nappier and Secretary of the State Denise Merrill will also be nominated for new four-year terms at the convention. Doors open at 3 pm and the convention will begin at 4:30 p.m. Credentialing and registration begins at 11 am and will run through 5:30 pm

New Britain’s legislative delegation is also seeking re-election and endorsing conventions will be held Monday, May 19th as State Senator Terry Gerratana seeks the nomination for a second full term.  On Tuesday, May 20th, 24th State Rep. Rick Lopes and 22nd State Rep. Betty Boukus are seeking re-nomination at separate conventions. The Democratic Town Committee will also meet on May 20th to endorse state representative candidates from the 25th and 26th districts. Rep. Bobby Sanchez and Rep. Peter Terycak are seeking re-nomination. The Town Committee meeting will be held at New Britain City Hall, 27 West Main Street, at 7:30 p.m.  Only members from the 25th and 26th assembly districts may vote to endorse state representative candidates.  The convention season will conclude on May 21st when delegates will endorse a candidate for Judge of Probate for the district that includes Berlin and New Britain.  Incumbent Walter Clebowicz is running for a new four-year term.

The Connecticut Mandela Committee in collaboration with the Artists Collective  is holding an evening of music, inspiration and celebration for Nelson Mandela on Wednesday, May 14th, from 7 to 9 pm. 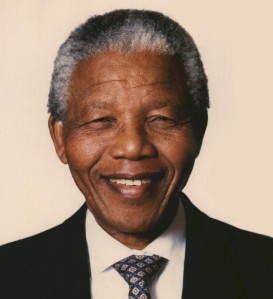 “Nelson Mandela Remembered” will be held at the Artists Collective, 1200 Albany Avenue in Hartford and admission is free.  For information call 860-690-8442.