REGISTER TO VOTE PUSH IS ON FOR MUNICIPAL ELECTION

September 24th is National Voter Registration Day, part of a nonpartisan effort to encourage individuals to organize voter registration drives on campuses and in organizations.

In New Britain DTC members and members of the Latino Coalition , including Mario Santos (Board of Assessment Appeal), Isabelita Cancel, Francisco Cuin and Willie Justiniano (Constable nominee), have continued their voter registration drive via canvassing and storefront registrations  in recent weeks. 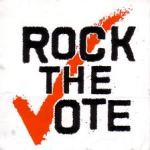 This month’s voter total is 9,010 less than the 33,619 counted as “eligible to vote” in the November 2012 Presidential Election.   Voter enrollments grow in Presidential years and attrition usually follows until the next race for the White House.

The new and lower count stems from state election law that mandates canvasses conducted by the Registrars this year.  According to the Secretary of the State’s office the canvass involves “annual house-to-house canvass of electors to be done (1) in person, (2) by mail or by the National Change of Address System (NCOA) of the U. S. Postal Service, (3) by telephone, or (4) by a combination thereof, by registrars or their designees. Canvass by mail should be completed by March 31st because regulations give electors thirty days to respond to canvass by mail, and May 1st is the last day to send Notice of Confirmation of Voting Residence to electors on the basis of the canvass. (Sec. 9-32, 9-35 and Conn. Regs. 9-32-1 to 9-32-9).”

The Democratic Town Committee is reviewing the list of inactive voters ahead of the October mail-in registration deadline.  In addition to registering new voters there will be an effort identify voters who may have relocated or who reside in New Britain but did not respond to or hear about the official  canvass.

This Week On The Campaign ’13 Trail….

Hermanowski, currently serving on the Common Council from Ward 4, has been involved in community and public service for decades. He previously served as an Alderman at Large, Mayor Pro Tem, Deputy City Treasurer and on several city commissions. He is a sales application engineering manager.

The event is being hosted by State Rep. Joe Aresimowicz, the state House Majority Leader and the New Britain legislative delegation.  The suggested donation is $50. RSVP greg85@gmail.com or 860-982-5491.

Gerratana, a legislative aide and former Ward One City Councilor, said his goals for the Tax Collector office are “transparency and streamlining government” for greater efficiency.

SATURDAY 9/28: The New Britain Area League of Women Voters (LWV) will hold candidate forums for Common Council and Mayoral candidates beginning at 1 p.m. at Trinity on Main, Main and Chestnut streets (opposite NBPD). The public is welcome to attend.

MONDAY 9/30 NB Area League of Women Voters’  Board of Education candidates’ Meet and Greet Pasta Potluck at 6:30 p.m. at Trinity on Main, Main & Chestnut Streets. Supper $5 or bring a dish and eat free.

MONDAY 10/7  Ward 2 Alderwoman Tonilynn Collins will hold an after work fundraiser at the Pride of CT Lodge of Elks, Elm Street.

SATURDAY 10/12  Hispanic Heritage Forest (HHF) Dedication 10 a.m…..22 cherry blossom trees will be planted on the cusp of Willow Brook Park on Bugnacki Way: Each tree will represent a Spanish-speaking country and donations to purchase each tree are invited at $200 . Donors names will appear on signage dedicating the HHF.  A reception will follow the planting.

Republican leaders realize that this is a bad idea, but, until recently, their notion of preaching moderation was to urge party radicals not to hold America hostage over the federal budget so they could wait a few weeks and hold it hostage over the debt ceiling instead. Now they’ve given up even on that delaying tactic. The latest news is that John Boehner, the speaker of the House, has abandoned his efforts to craft a face-saving climbdown on the budget, which means that we’re all set for shutdown, possibly followed by debt crisis.

NB Politicus is a weblog featuring news and commentary on politics, government and community life in New Britain, CT. John McNamara - Editor and Writer
View all posts by nbpoliticus →
This entry was posted in Meeting/Event, Weekend Update. Bookmark the permalink.