Eyewitness To The March: Alton Brooks Interviewed By Comcast For 50th Anniversary Documentary

Town Committee Member Alton Brooks and  a strong contingent of New Britain union activists were among the eyewitnesses to history who attended the 1963 March on Washington for Jobs and Freedom culminating in the Rev. Martin Luther King, Jr.’s I Have A Dream speech.

Brooks was interviewed this summer at the local Comcast facilities for his eyewitness account of the March and speech. 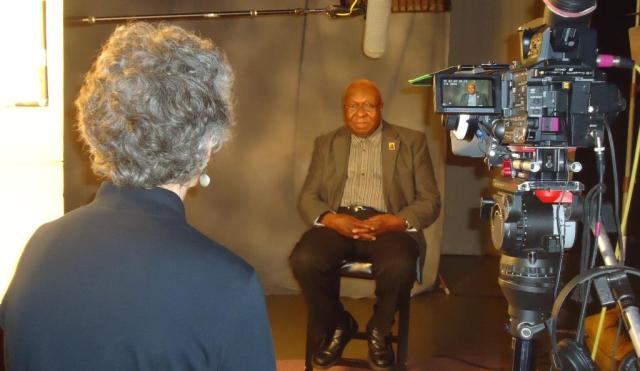 New Britain’s Alton Brooks was interviewed for Comcast’s documentary on the March on Washington for Jobs and Freedom. Back to photo is Video Production Manager Liz Kennard. (Photo courtesy COMCAST)

To commemorate the 50th anniversary of this major milestone of the Civil Rights Movement Comcast has created a first of its kind video compilation to help chronicle the history and impact of the movement. Called “His Dream, Our Stories”, the package includes more than 80 unique and personal interviews with civic leaders, elders, clergy, and activists. It will be available on Xfinity On Demand and online through October 12 and permanently at HisDreamOurStories.com

Local interviews, including Brooks’,  can be viewed on “On Demand—Top Picks”. The interview segments will be uploaded periodically, according to Comcast.  Hats off to John Bairos of COMCAST for reaching out to Brooks and others in the area who participated in the March 50 years ago this month.

NB Politicus is a weblog featuring news and commentary on politics, government and community life in New Britain, CT. John McNamara - Editor and Writer
View all posts by nbpoliticus →
This entry was posted in Civil Rights. Bookmark the permalink.