With the passing of former 4th District Congressman and Norwalk Mayor Donald Irwin this week  Dr. Frank Gerratana recalled meeting the Fairfield County Democrat on the steps of the U.S. Capitol when he was just 12 year old.

Dr. Gerratana, a DTC member and husband of State Senator Terry Gerratana, grew up in a family close to Connecticut politics and events. He possesses an extraordinary collection of images on U.S. politics and political figures thanks to the work of his late father, Frank, a longtime photojournalist for the Connecticut Post. 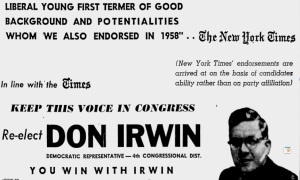 Irwin, elected a Democrat in heavily Republican Fairfield County,  served three terms in the U.S. House and two terms as Mayor of Norwalk. He died July 7th at the age of 86.  During the Kennedy Administration Irwin also worked as legal counsel and legislative liaison to the U.S. Information Agency, then headed by former CBS-TV Commentator Edward R. Murrow, and had served as Connecticut state treasurer, according to the The Hour of Norwalk in a story on Irwin’s life. 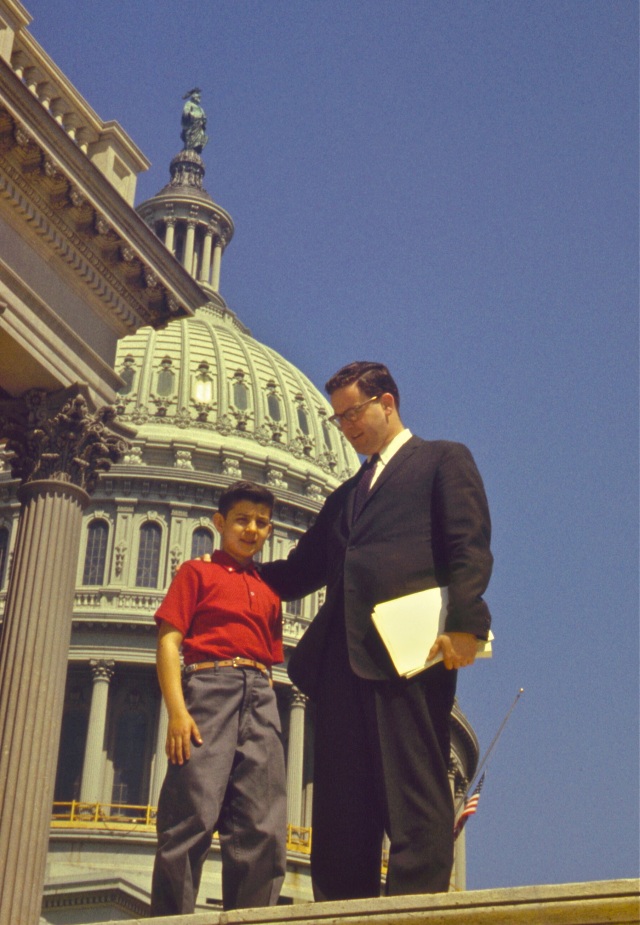 NB Politicus is a weblog featuring news and commentary on politics, government and community life in New Britain, CT. John McNamara - Editor and Writer
View all posts by nbpoliticus →
This entry was posted in Connecticut Politics, Gerratana. Bookmark the permalink.