DEBATES ON TAP LOCALLY AND NATIONALLY….SEIU BACKS ESTY FOR THE 5TH…OBAMA SIGNS AND TURNING OUT THE VOTE…PULASKI DAY IN NEW BRITAIN….

Sponsored by the New Britain Area League of Women Voters and the New Britain Herald, the debate is open to the public.  Democrats are encouraged to attend the LWV debate.  There will be a rally on behalf of Elizabeth Esty starting at 1 pm. For information on the coordinated campaign and Esty for Congress activities contact Justin Wallace at jwallace@ctdems.org  or by calling  (203) 350-9371.

On Monday, President Obama will debate Thurston Howell “Mitt” Romney for the third and final time.  The topic is foreign policy and the debate will air from 9 to 10 pm Eastern time from Boca Raton, FL with moderator Bob Schieffer of CBS News. The Town Committee will host a debate watch party following Monday’s phone bank at New Britain headquarters, 19 Bassett Street.

SEIU BACKS ESTY FOR THE 5TH

“We endorse Elizabeth Esty for Congress because our members are confident she will stand up and fight the radical right wing tea party agenda,” Paul Filson, Director of the SEIU CT State Council said. “We know she will champion rights for workers and their families. She will fight to protect the promise of Social Security and Medicare. She will push for common sense investments in education, services and vital infrastructure improvements for Connecticut’s 5th Congressional district.”

Said Esty  “SEIU has a uniquely diverse membership and a proud 90 year history of building and strengthening America’s middle class. I’m looking forward to standing with SEIU and the more than 12,000 SEIU members in the 5th District to fight for the fair paychecks, collective-bargaining rights, and secure retirements that hard-working families deserve and to protect the Medicare and Social Security benefits that our seniors have earned.”

GET YOUR OBAMA-BIDEN SIGN AND HELP TURNOUT THE VOTE

Voter outreach in city neighborhoods is underway from now through Election Day, November 6th, and getting involved is the best way to defeat the extreme right agenda of the GOP at the state and national level.

With visibility increasingly important as we near the Nov. 6th election,The Town Committee will provide lawn signs for Obama-Biden and the Democratic slate for New Britain locations while supplies last.   Please email your name, address and telephone number to newbritaindemocrat@gmail.com. Or visit headquarters. Democratic headquarters is located at 19 Bassett Street. Headquarters telephone 860-505-8901
Get Out The Vote activities will continue Monday through Friday from 5 to 9 pm, Sundays, 4 to 7 pm and Saturdays, 10 to 1, 1 to 4 and 4 to 7 pm. If you can give an hour, an afternoon or an evening sign up for phoning and canvassing at the headquarters. 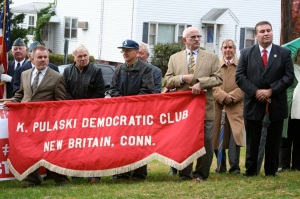 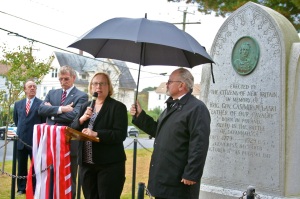 “To summarize, then, the true Romney plan is to create an economic boom through the sheer power of Mr. Romney’s personal awesomeness. But the campaign doesn’t dare say that, for fear that voters would (rightly) consider it ridiculous. So what we’re getting instead is an attempt to brazen it out with nakedly false claims. There’s no jobs plan; just a plan for a snow job on the American people.”

To make a contribution visit  https://newbritaindemocrat.org/contribute/

NOTICE: If you do not wish to receive updates from New Britain Democrats write “cancel” in the subject box and reply to newbritaindemocrat@gmail.com.

NB Politicus is a weblog featuring news and commentary on politics, government and community life in New Britain, CT. John McNamara - Editor and Writer
View all posts by nbpoliticus →
This entry was posted in Meeting/Event, Pulaski. Bookmark the permalink.