An alternate plan to allow Costco to build one of its warehouse stores near Westfarms Mall will be re-considered by the Common Council and city boards starting this week.

The Stewart Administration’s attempts last spring to railroad the original Costco proposal through the city approval process was thwarted by the Council amid strong, bipartisan concerns over the conversion of deed-protected parks, open space and traffic issues.

A Costco in New Britain represents a significant economic boost with the potential to bring more than $400,000 annually in tax revenues, 200 jobs and a land sale that could exceed $4 million. At issue is how or whether protected park land can be used for the development under a deed donating the land to the city. Representatives of Costco clearly covet the land adjacent to the Target store because of its proximity to Westfarms Mall and Corbin’s Corner, one of the state’s biggest retail centers. The original plan, however, would have taken A.W. Stanley’s pristine park land and moved three holes of the 27-hole Stanley Golf Course across Hartford Road to allow Costco a site adjacent to the Target store. Council President Mike Trueworthy, Ward 4 Ald David DeFronzo and Mayoral Nominee Tim O’Brien, among many others, questioned the original plan that now has given way to a substitute involving the acquisition of state land in Newington and a re-configuration of the golf course.

The public may offer public comment at the City Hall meetings, including the Finance board, Monday, September 26th at 6 pm; the Common Council, Wednesday, September 28th at 7 pm; the Parks and Recreation Commission, Thursday, September 29th at 6 pm and back to the Council’s Planning Zoning and Housing Committee, October 4th at 7 pm.

Dems To Fill Vacancy For Ward One Council

The eleven members of the Democratic Town Committee from Ward One (Vance, First Church and HRA polling places) are expected to nominate a new candidate for one of two Council seats within the next two weeks at a special town committee meeting. The Democratic slate includes two candidates from each of five wards in addition to five at large council seats that are up for election on November 8th. For more information contact Town Chairman John McNamara at newbritaindemocrat@gmail.com.

The Friends of Duane Hinkson for Common Council 2011 Committee will hold a fundraiser at Duane’s and his wife Jacqueline’s home, 104 Steele Street, on Saturday, October 1, from 2 to 4 p.m. There is a $25 Suggested Donation ($100 Maximum Donation).

Hinkson, a vice president of the New Britain NAACP chapter, is a graduate of CCSU and majored in management information systems. He is a product of Bishop Ford Central Catholic High School in Brooklyn, NY before coming to New Britain to attend college. A customer care agent for Oakleaf Waste Management, Duane is the father of three sons, ages 3, 5 and 11. His priorities in seeking public office include education, bringing more businesses to the city, public transportation and “improving the foot traffic in downtown New Britain.”

The State Bond Commission has approved a $375,000 grant-in-aid to the Human Resources Agency, the city’s Community Action Agency to finance renovations and improvements at the Ben Franklin Early Childcare Learning Academy at 180 Clinton Street. The Academy improvements consist of: re-grading, resurfacing and drainage improvements to the parking lot; a canopy for the pick up/drop off area; and various heating, ventilation and air conditioning and wiring improvements.

“We’re not just investing in building improvements, we are investing in improving the children who attend the Ben Franklin Academy and who will go on to become high school and college graduates and our next-generation workforce,” said state Sen. Terry Gerratana (D-New Britain), who is Co-Chairman of both the Children’s and the Public Health Committees. “Better facilities make for a better learning environment and better outcomes. It’s the most basic of investments we can make.”

“The Human Resources Agency is vital to the New Britain community and the services provided by HRA lift the quality of life for our city’s residents and our community as a whole,” state Rep. Tim O’Brien (D-New Britain, Newington) said. “These funds will provide for overdue improvements to HRA’s facilities and save this agency operating money that can be used to provide these much-needed services.”

“Early childhood education is a proven success—it helps children succeed both in and out of the classroom,” said state Rep. Peter Tercyak (D-New Britain), who is House Chair of the Human Services Committee. “I am proud to support this funding and will continue working to make sure these programs are properly funded.” Said state Rep. Betty Boukus (D-Plainville): “Our economy depends on quality, affordable childcare. Parents can’t make it to work if they don’t have a place like the Ben Franklin Early Childcare Learning Academy providing these valuable services.”

Dominic J. Badolato, a former New Britain legislator and leader of AFSCME Council 4 involved in city politics and supportive of the Democratic Party, died September 22nd, at the age of 91.

Badolato served in the General Assembly from New Britain for 22 years from the 1950s to the 1970s and rose in the ranks of AFSCME, which grew into one of the largest public employee unions in the country. A World War II veteran, Badolato was a member of Saint Ann Church.

Theodore “Teddy” R. Crockett, 84, of Kensington, passed away peacefully Monday at The Hospital of Central Connecticut last week.Born in Greenville, Miss. came to New Britain at a young age and was employed at Black & Decker for over 40 years where he was a labor leader on the local and state levels, retiring as president of Local Lodge No. 1137 I.A.M. in September 1991. He was a member of Spottswood A.M.E. Zion Church and The Pride of Connecticut Lodge No. 1437 I.B.P.O.E. in New Britain. According to his family the elder Crockett “had a love for fishing, cooking open-pit barbeque, and the Dallas Cowboys.”

A wemorial service will be held Monday at 11 a.m. at Porter’s Funeral Home, 111 Chamberlain Hwy., Kensington, Pastor Mark Roderick Sr. officiating. Burial will be at the convenience of the family. There are no calling hours. New Britain Democrats extend deepest sympathies to Teddy Crockett’s daughter, Gail Crockett of West Hartford and all the members of the Crockett family. 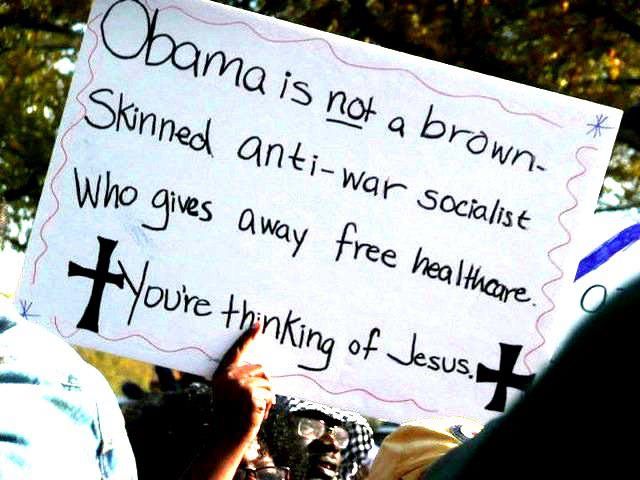 from Americans Against The Tea Party..www.facebook.com/NoTeaParty